How online audience attention is like a school bully

People feel untouchable behind the comfort of their own screen. After all, it’s easier to be rude to an online persona than it is to be rude to someone in person.

Web users can think, feel and share within seconds. And cyberbullies aren’t afraid to voice their harsh criticism on the web because there appears to be no consequences while hiding behind the safety of a screen.

According to the American Psychological Association, cyberbullies are defined as offenders who use electronic technology to intentionally “cause another person to suffer injury or discomfort”.

The internet is a magnet for negative comments, and the immediacy of online judgements can often seem ruthless. But it’s important to know how to deal with it because gaining online attention means you will experience negative feedback at one time or another.

Why is it easier to share negative comments online than in-person? 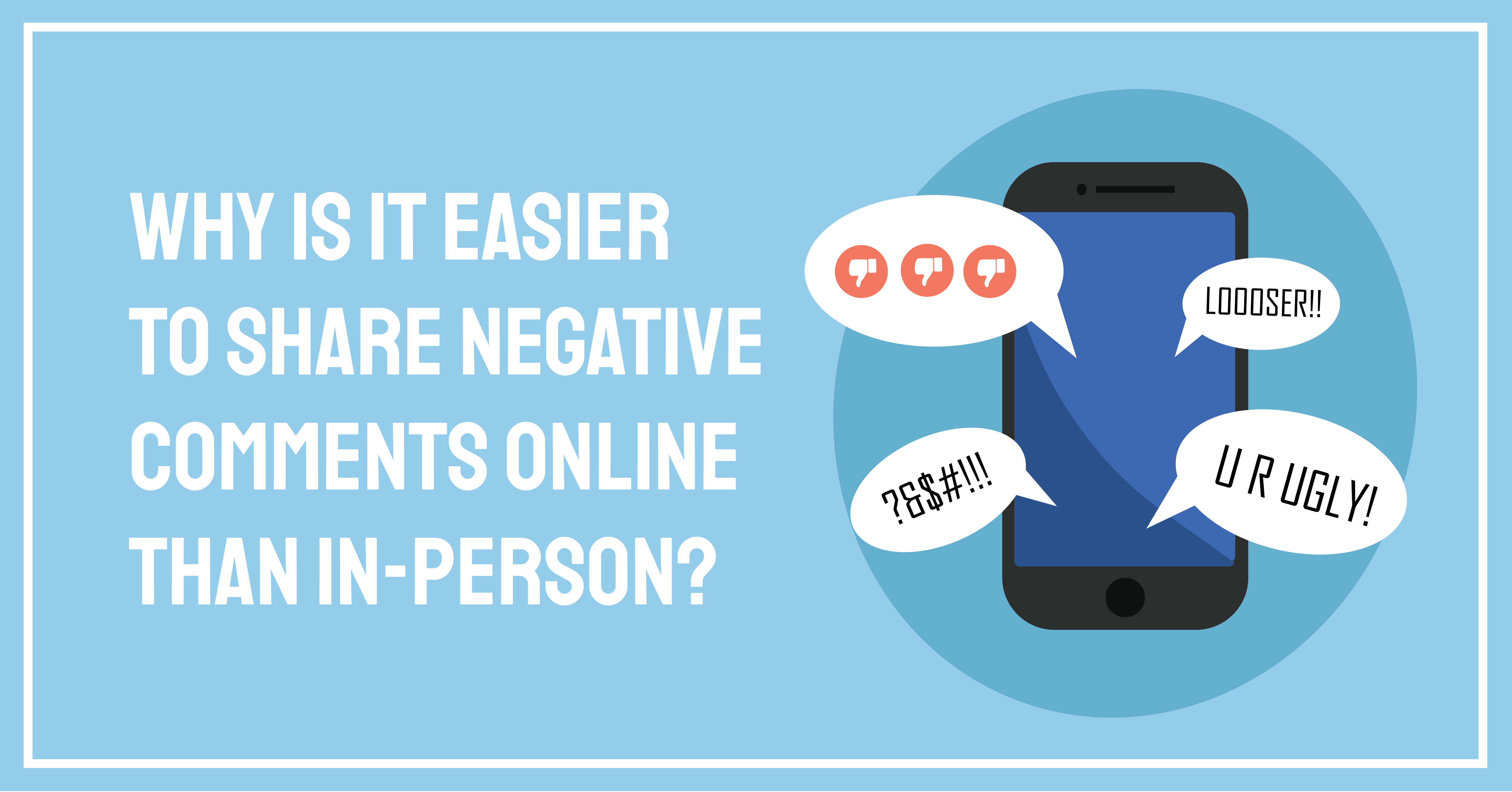 It’s called the online disinhibition effect. Internet users exhibit lower psychological restraint and self-control than they do when compared to how they interact with others in-person.

In-person confrontation does not give people that same luxury of thinking about the perfect response before saying it (not to mention, internet users can stop responding whenever they want). And taking that a step further, social media platforms allow users to block one another – again, a luxury not available when talking face-to-face.

Web offenders don’t even bat an eye before leaving harsh comments because they think it will just get lost amongst all the others (which is unfortunately true in a lot of cases). This creates a stigma that hurtful comments don’t personally impact the victim or carry any real weight because “everyone’s doing it”.

People act in the heat of the moment by posting, commenting or liking something that they feel strongly about in that very instant – something they otherwise may not have done if they took the time to really think about it.

Does everyone act meaner online than they do in person? 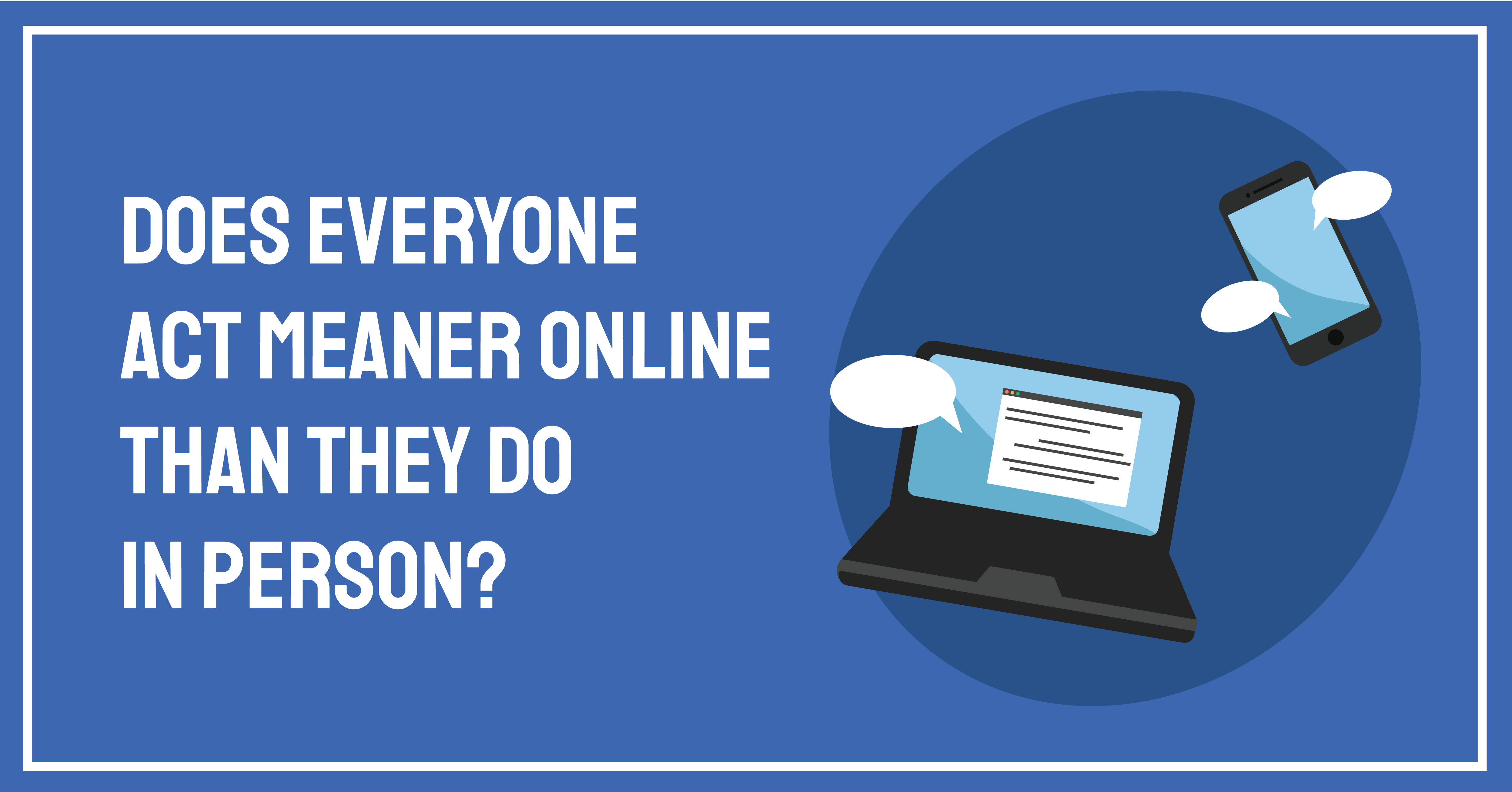 No! The internet has the opposite effect on some people – this is called the positive (benign) disinhibition effect.

The US National Library of Medicine examined the emotional impact of online communication on individuals. The research found that, while some people use the internet as an outlet to post negative comments, others find they feel safer and more comfortable to share things they otherwise wouldn’t share in person. This is typically true for individuals who define themselves as shy or an introvert.

Self-concealment, or the tendency for an individual to withhold personal information that could be perceived as distressing or negative, has damaging effects on a person’s wellbeing. So, by expressing your feelings to people on the internet, you are actually bettering your mental health along the way.

Other positive social ramifications include giving/getting advice and emotional support. Some people are more prone to confide in people and offer advice online. And by doing so, individuals can foster beneficial interpersonal relations which also helps to improve their wellbeing.

Are there laws against cyberbullying? 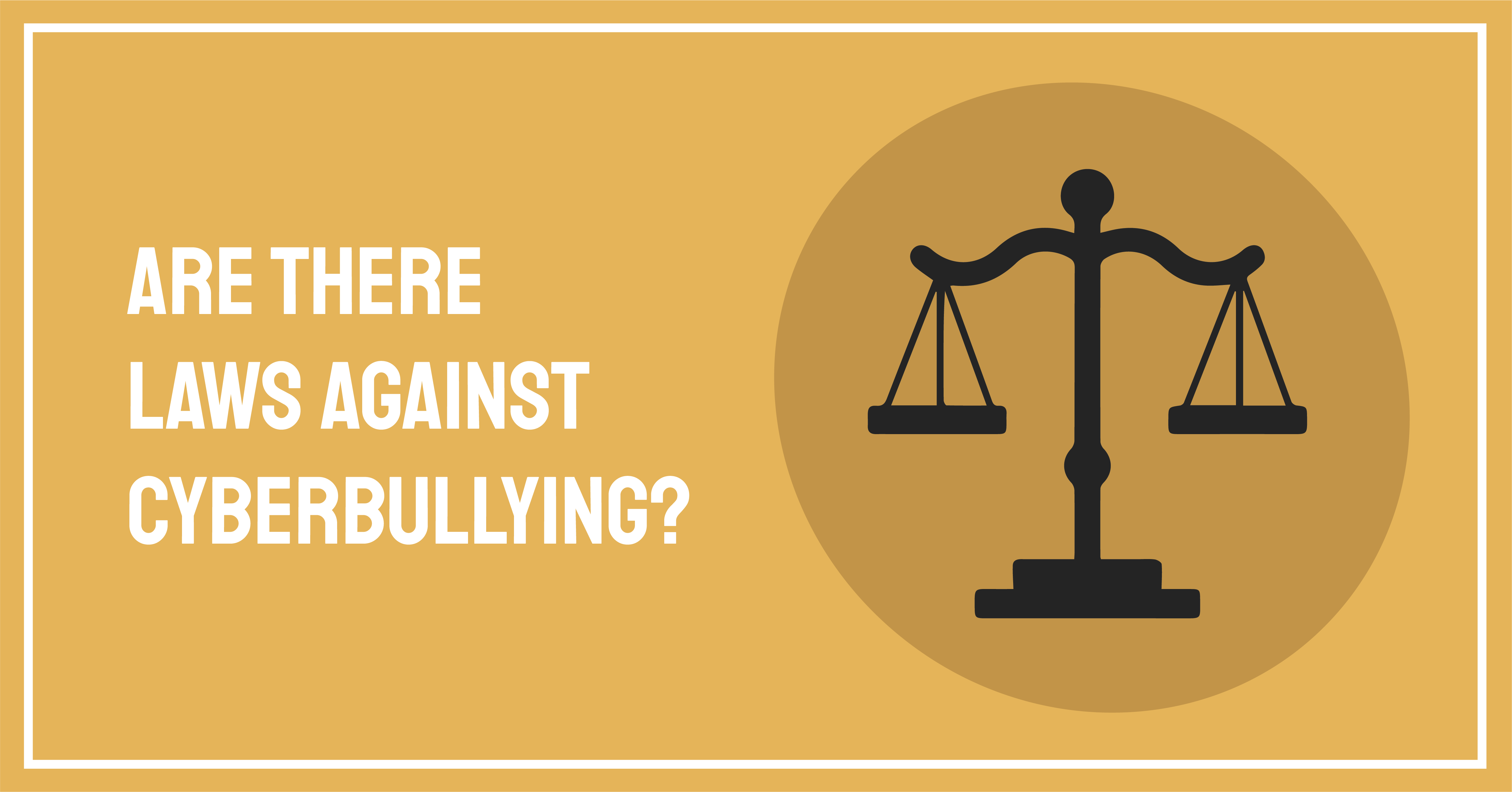 All 50 states address bullying differently. So, depending on your state and the circumstances involved, punishment can include expulsion from school, criminal charges for harassment and/or civil lawsuits for defamation – to name a few. You can find your state’s policies by looking at StopBullying.gov’s map-by-map guide.

The lack of consequences for online offenders is yet another reason more people feel inclined to post negative comments online rather than speaking to someone in-person.

How should businesses react to negative online attention when they’ve messed up? 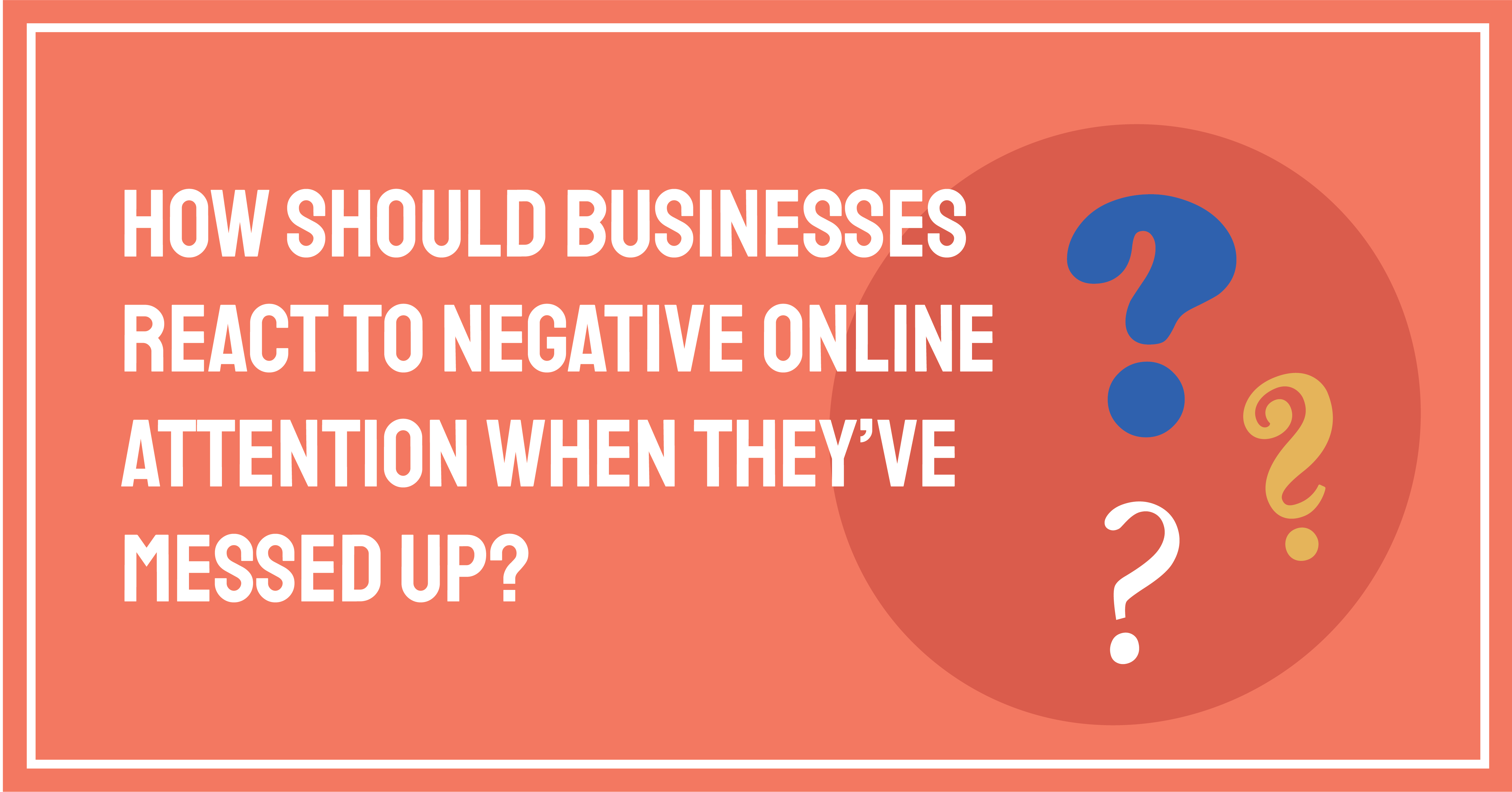 Never ignore it. You can’t trust that your mistake will fall under the radar after it has been published online. If you incorrectly believe the problem will go away and it doesn’t, it makes your company look even worse since you’ve taken so long to address it.

The first step is to know your audience and the kind of apology the situation demands.

In 2017, Dove created an ad that showed a Black woman transforming into a White woman after using their soap. This received major backlash for the racist notion that a White person is clean, and a women of color is not. Dove deleted the ad and took to Twitter to apologize:

This is why it’s important to know your audience and the level of apology necessary for the situation. Dove’s mistake demanded a very serious apology because they made a very offensive mistake.

Humor usually does not have a place in apologies, but depending on the situation, it can be a helpful way to regain trust with customers. In 2018, Kentucky Fried Chicken made national news when it ironically ran out of chicken. This resulted in a major social media storm, with over 53,000 mentions on social media from upset customers, using hashtags, “ChickenCrisis” and “KFCCrisis.” This was the apology sent out by the company: 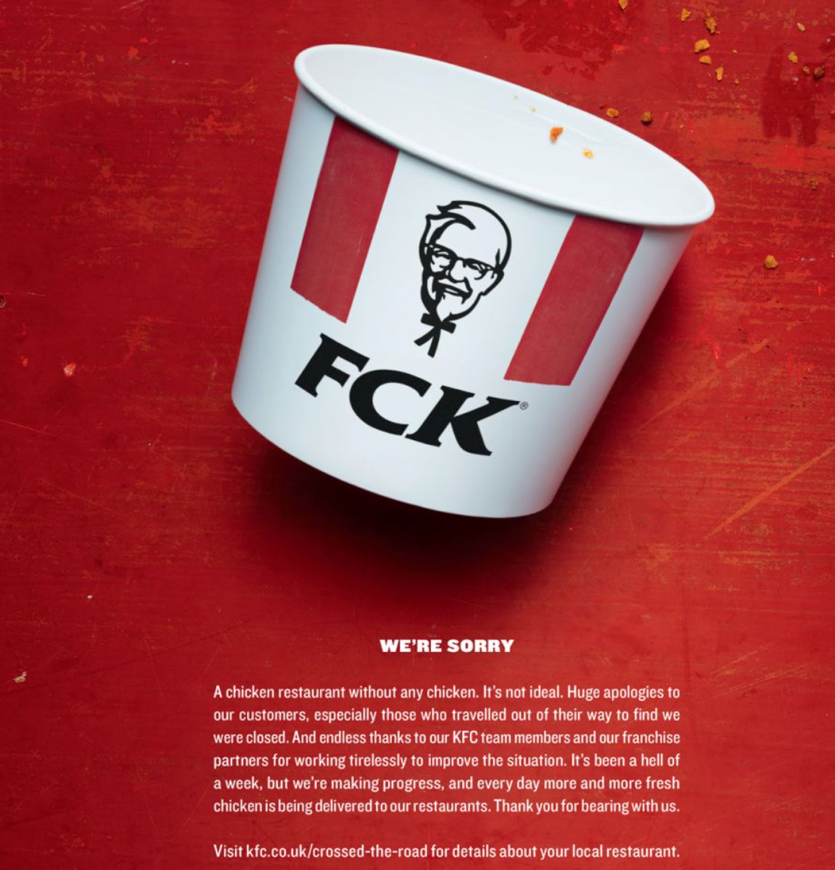 The company’s chief marketing officer understood the irony of the incident and decided using humor in their apology would best resonate and help regain the trust of customers. KFC accepted the blame and promised they were working to resolve the issue. Many people commended the brilliantly redesigned logo and comedic, yet effective, apology statement.

It’s easy to forget you’re talking to a real person with real emotions on the internet – that’s why negative online audience attention can feel like it’s coming from a school bully. People get wrapped up in petty arguments and explosive behaviors because they are able to like, comment, and post before they have time to fully process their emotions.

In today’s digital age, negative online attention is practically unavoidable. There’s a right and wrong way to deal with it. If your business makes a mistake, apologize. Don’t become numb to online hate and definitely don’t join in on posting hurtful comments just because “everyone’s doing it”. The internet won’t be all bad unless we make it that way. Be the difference.